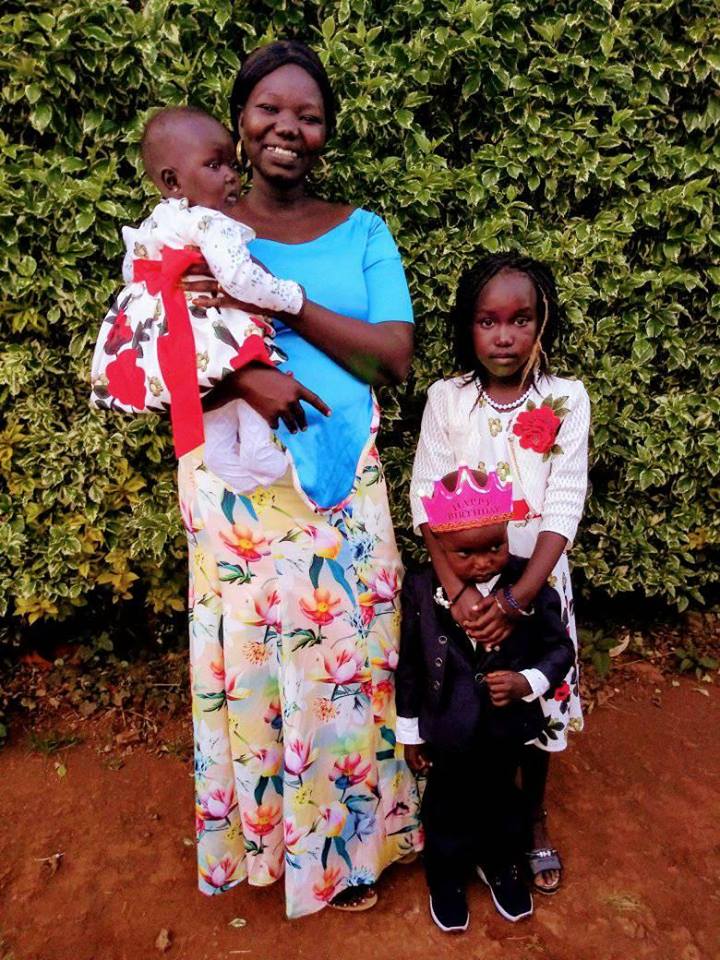 One day in 1987 when 11-year-old Jacob Chol (rhymes with goal) was herding his family’s goats and cows outside his village in civil-war-wracked south Sudan, people came and murdered most of the villagers. He hid and so his life was spared, but he had nothing but the pair of shorts he was wearing. So he started walking towards Ethiopia, hiding from anyone on the roads, eating only what he could glean, joining with with other boys along the way in the same situation. 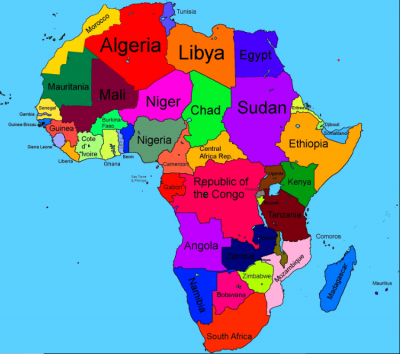 A month later he arrived at the border, only to find it closed. So with thousands of other Lost Boys of Sudan, he walked another month  back across Sudan, again risking death by guerrilla soldiers, crocodiles and starvation, to the border with Chad. He was accepted into one of the huge refugee camps there.

Jacob lived in the refugee camp for 14 years. While there, he met Kuany, the girl who would someday become his wife. He attended school, and continued his childhood practice of worshipping at Anglican church services like this one. 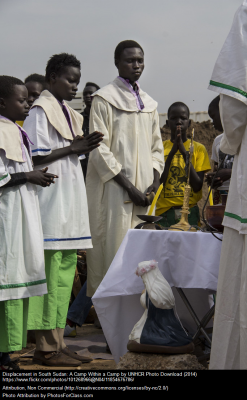 In 2001, as part of a program established by the United States government and the United Nations High Commissioner for Refugees (UNHCR), approximately 3,800 Lost Boys were offered resettlement in the United States. Bethany Christian Services sponsored many Lost Boys, including Jacob, and he arrived in Grand Rapids.

Making a life in the U.S.

After years of going to high school here, graduating, working and praying, and always keeping in touch with Kuany, Jacob became a U.S. citizen in 2008. Immediately he traveled back to Africa for a three-month visit and discovered with joy that his mother and brother had survived – they had believed him dead, just as he had believed them lost to him! He and Kuany were married. The new husband returned home and immediately applied for a visa for his wife. 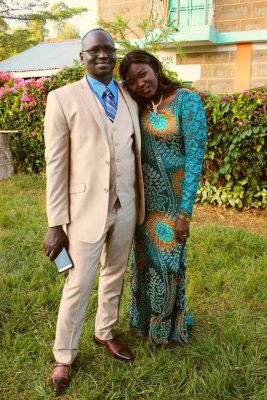 After two years of waiting to hear about his visa request, the request was rejected; the U.S. did not accept the documentation he’d provided that he and Kuany were married. Further, he was prohibited from applying again for five years.

Jacob was able to save enough from his jobs to visit Kuany two more times, and to meet his children, during the five year period. In 2014, he applied again for a visa for Kuany and now for his children as well. This time he heard nothing again for awhile, and then questions started coming; he enlisted the help of an attorney to answer the questions and documentation requests from our government. (He’s still paying off his attorney’s bill.)

After 10 years of hope and hard work, prayers answered

And just last month, in late March, 2019, Jacob received word that his visa requests for Kuany and his two daughters and his son have been approved. They can come to the U.S. now – they just need plane tickets to bring them from Nairobi, Kenya, where they are living. 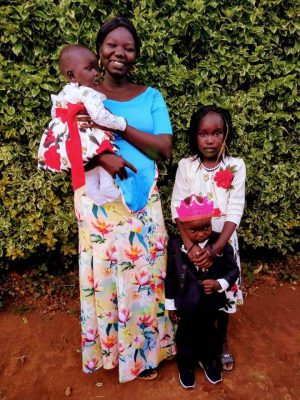 Jacob is working five 12-hour shifts a week, making boxes at a local plant. He has a minivan, and in his apartment has a bed and other simple furnishings.  He doesn’t have the money to buy many of the things he’ll need – beds for the kids, and car seats, and clothes – let alone the $3,000 to $4,000 worth of plane tickets. His Episcopal church, the Sudanese Grace congregation,  has no funds to assist him.

How we can help

We already have raised $1,500 towards the plane tickets, and we plan to donate the offering from Easter morning’s service, too, hoping to raise the full amount.

In addition, Jacob would appreciate help from both our and the Sudanese Grace congregations in preparing for his family. Needs include:

To contribute, use the special Easter offering envelope if you have envelopes, or you can mail us a check at the church address: 5333 Clyde Park Ave. SW, Wyoming, MI, 49509. Just write “For Jacob and family” on the memo line of your check. And email Father Pete if you would like to help in some other way, too!